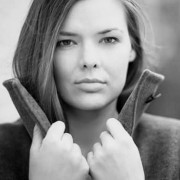 Exhibiting some stringhalt-like flexion, but without any other indicators of stringhalt, and maybe even some toe-drag, but an otherwise normal-behaving stifle? Look for the peculiar dent/abnormality in the musculature of the hamstrings that can reveal scar tissue below the surface.

A google search for “hamstring tear”  solved the mystery surrounding the “hitch” of my newest addition.

FM is the presence of scar tissue on one or both of the horse’s hamstrings. Generally caused by an injury or tear, the scar tissue forms as the wound heals. Scar tissue, however, is not elastic or pliable like muscle, so when it forms on the hamstrings it limits the scope of the muscle and respective limb.

The semitendinosus forms the the bulge of the buttock, running behind the biceps femoris. Its function is to extend the hip and hock joints and flex the stifle, as well as rotate the leg to the inside.

The semimembranosus lies slightly in front of the the semitendinosus, under the biceps femoris, aiding in hip extension and adduction of the limb (drawing inward).

The hamstring group works together to extend the leg backwards, assisting in propelling the horse forward, as well as drawing the leg upward during the airborne phase. When the leg reaches forward under the belly, the back of the hamstring must release/disengage as the muscles stretch forward, then contract again once the leg bears weight to propel the horse forward and flex the hock for the next step.

When scar tissue is present on the hamstring, it can not only limit how much flexion occurs in the hock, but will actually prevent the leg from fully extending under the barrel and sort of “bounce” back to slap the ground. This action can resemble stringhalt because of the abrupt foot-slap.

Another clue to look out for, however, can be the subtle toe drag. Because the hock flexion can be somewhat impaired, it increases the likelihood of some toe-drag on that leg during the lifting phase.

FM is described as a mechanical lameness in such that it is a physical barrier, not pain, that is causing it. Despite the impairment on the gait, the scar tissue itself is not generally painful.

That being said, however, with excessive work, scar tissue can generate friction on surrounding tissue that leads to aggravation and inflammation which can in turn cascade elsewhere if not given time for rest and recovery. In overworking affected limbs, the tension of the scar tissue can force the horse to compensate, creating strain higher up in the haunches.

Ex: When Ashka moved in with the group of mares, there was quite a lot of running around as they worked things out. Observing her trot, I noticed that the subtle hitch had intensified, and her entire hip would drop on that side.

Consistent, gentle movement is best to prevent stiffness from taking hold. Long or 24 hour turnout in large paddocks is best to allow the horse the freedom to roam and graze. Pleasure riding can still be enjoyed, but excessive training or hard riding could easily cause aggravation. Scar tissue can be uncomfortable when the connective muscle is strained, and due to the limitations of it, it can cause cascading effects higher up into the hip as the horse is forced to compensate for the limited mobility and work through the aggravation. So, light work is better than too much or none at all.

Massage therapy is beneficial to work out tension in the surrounding muscles and provide therapeutic relief.

What is called a “standing surgery” can be performed. The scar tissue is actually cut to allow freedom through the step. The surgery however, is not a guarantee for a return to normal.

Pulsed electromagnetic field therapy (PEMF), myofascial release (MFR), and red light are additional therapies that can be used to manage the condition.

Consult a veterinarian for the best course of action for each individual.

While most of Ashka’s history remains a mystery, I do know that she has had this “hitch” for at least two years after a career as an Amish work horse. The scar tissue is extensive – running in a thick, inches-wide band from the point of her buttocks down into her hock. It is likely that she will never be “cured” per se, but for all the scar tissue down her leg, it doesn’t slow her down much!

Due to her pregnancy, treatment options will be limited, but I’m curious to see what might be accomplished with manual therapies and red light in the meantime, and I’ll be sure to share the progress.